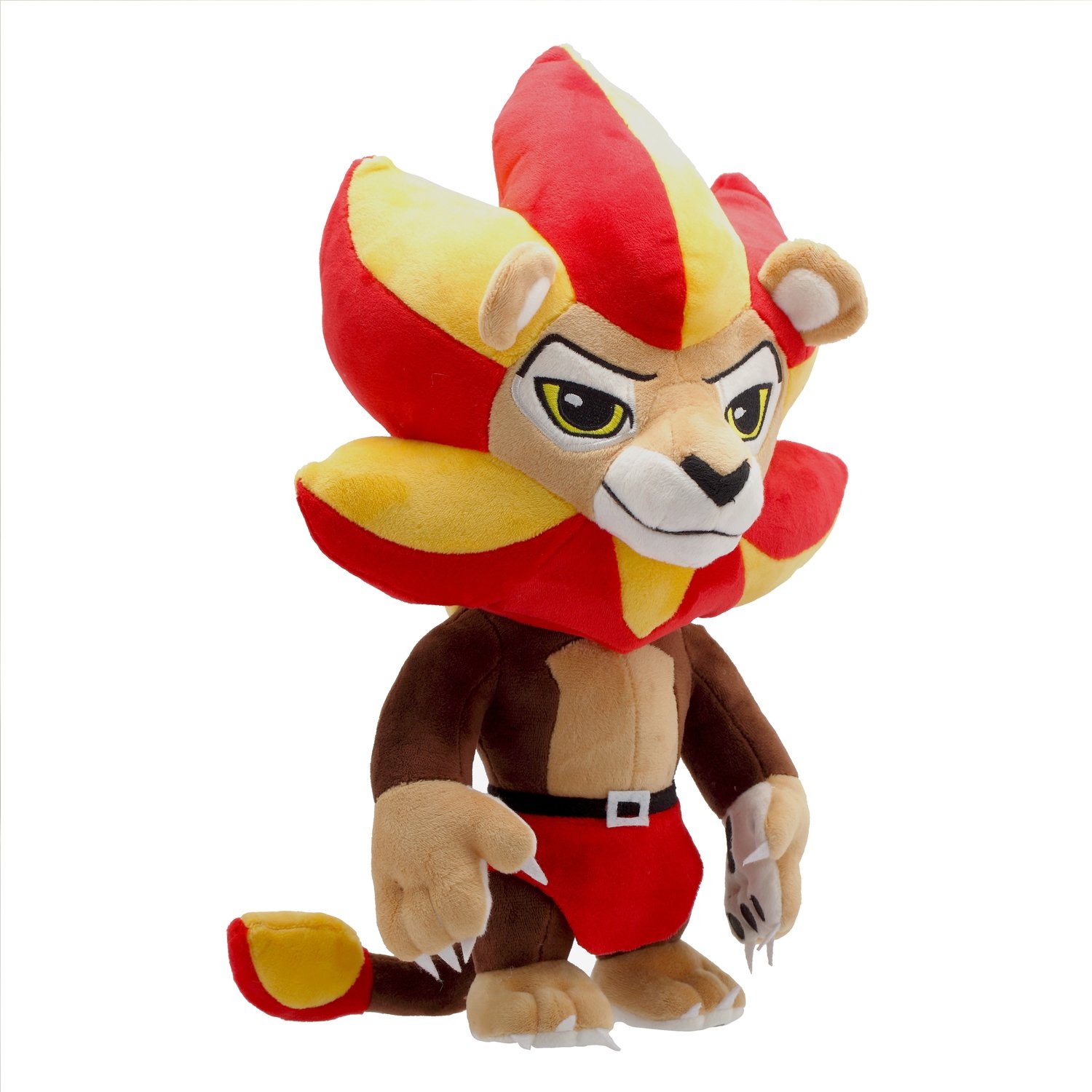 About the Plush:
Loyal, dependable and even huggable. This high quality minky plush captures the distinctive look of Zetterburn and his fiery mane. 15 inches tall and includes the exclusive Golden Zetterburn DLC for Steam (PC).

About the Character:
Zetterburn, a son of the ruling family of the Firelands, is an experienced and hardened warrior. He is a fan-favorite in Rivals of Aether as he was the first character revealed and is one of the best characters when first playing the game. His ability to control fire separates him from the cast and his razor sharp claws are nothing to be scoffed at either.

About the Game:
Rivals of Aether is an indie fighting game set in a world where warring civilizations summon the power of Fire, Water, Air, and Earth. Play with up to four players locally or up to two players online. It's available now in early release on Steam or Xbox One. Check out the game.