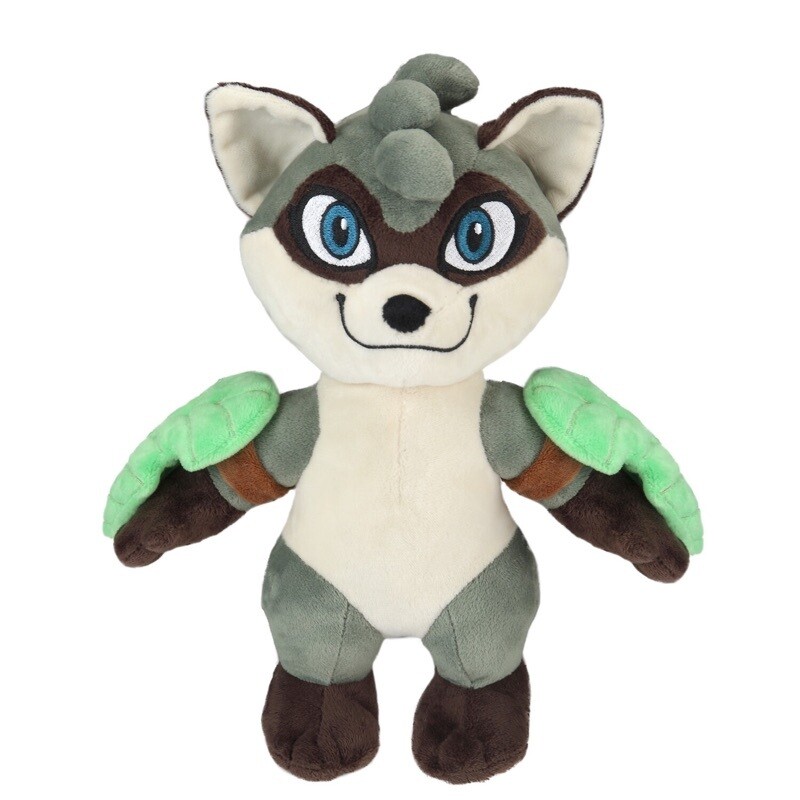 Rivals of Aether Maypul plush is 11 inches tall and made with high quality soft minky fabric. Ages 4 and up. Officially licensed from Dan Fornace creator of Rivals of Aether. Enamel Pin and Golden in game skin code included (for Steam PC version).

Character: Maypul is the self-appointed Guardian of the Aetherian Forest. Her fellow tree-dwellers live in insular strongholds in the forest canopy - the quarrels of Aether quite literally beneath them. Yet Maypul senses something rotten in the world of Aether. Only she listens to the whispers of distress amongst the trees. And so, Maypul patrols the forest seeking out threats to her home. She parlays with the surface dwellers, much to the dismay of her treetop clan. However, she commands fearful respect throughout the forest for her unhesitating vigilantism. She uses her agility to trap any unknown intruders before they even realize she is there.