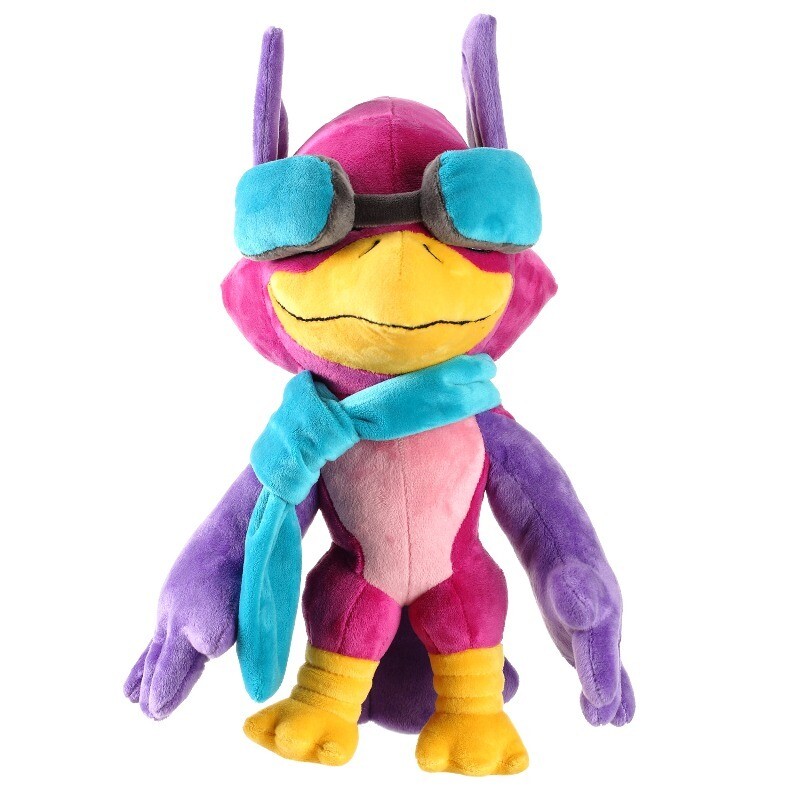 Wrastor is the youngest trainee in the history of the Air Academy, Wrastor has never lived by anyone's rules but his own. 12 inches long with Golden Wrastor DLC (for Steam PC version).

The youngest trainee in the history of the Air Academy, Wrastor has never lived by anyone's rules but his own. After graduating at the top of his class, he joined the Air Armada, the military force of Air Nation.

Within a year, Wrastor became renowned not just in Air Nation but across Aether as a fierce and unpredictable figher. However, among his superiors, he is more infamous for his brashness and arrogance than for his daring deeds. Currently an Aerial Ace for the Air Armada, Wrastor is wrecking havoc among the Armada's enemies and generals alike.


About the Game:
Rivals of Aether is an indie fighting game set in a world where warring civilizations summon the power of Fire, Water, Air, and Earth. Play with up to four players locally or up to two players online. It's available now on Steam, Nintendo Switch or Xbox One. Check out the game.