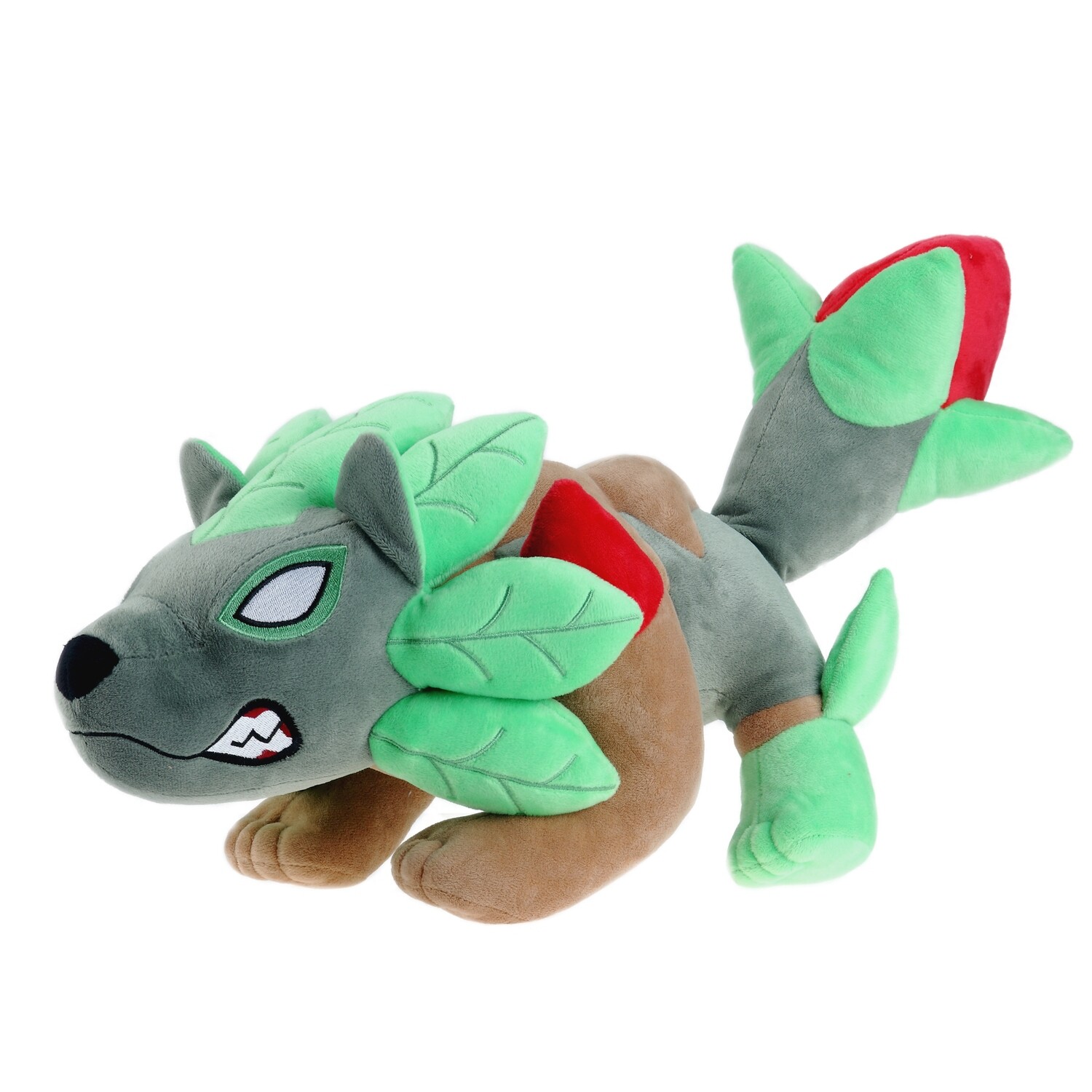 Rivals of Aether Sylvanos plush is 12 inches tall and made with high quality soft minky fabric. Ages 4 and up. Officially licensed from Dan Fornace creator of Rivals of Aether. Enamel Pin and Golden in game skin code included (for Steam PC version).

Character: Sylvanos is the heart of the Aetherian Forest. A rageful deity, Sylvanos has only a single goal - to expand the forest over all of Aether. Unfortunately, the great Rock Wall traps the spirit as he patrols the forest’s floor. Sylvanos leads the plant life in the forest looking for ways to expand his dominance.