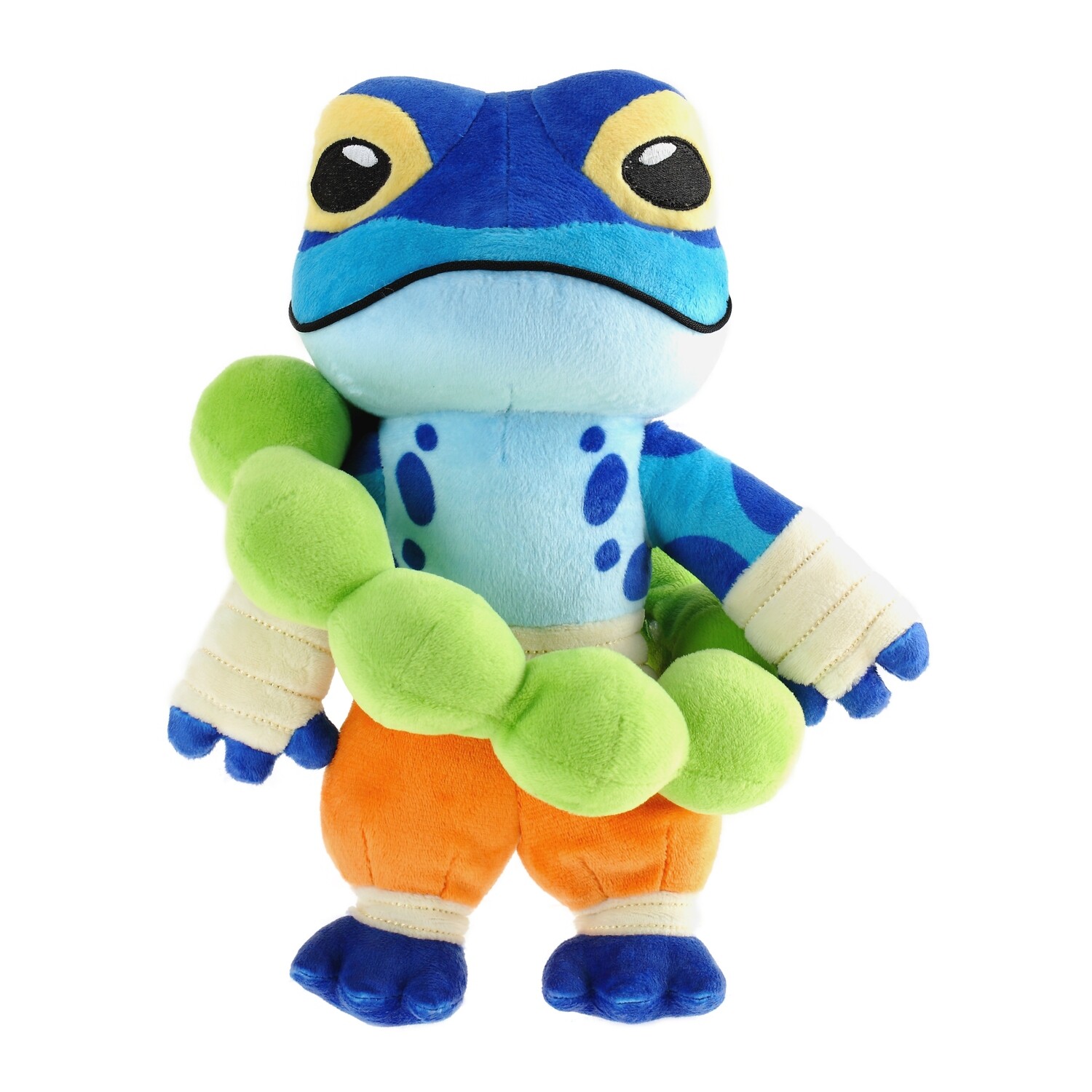 Rivals of Aether Ranno plush is 10 inches tall and made with high quality soft minky fabric. Ages 4 and up. Officially licensed from Dan Fornace creator of Rivals of Aether. Enamel Pin and Golden in game skin code included (for Steam PC version).

Character: Ranno was known as a feared martial artist who trained under wise monks. But now he prefers to peacefully protect his swampy homeland. When he has no other option, you can see glimpses of his rapid and deliberate strikes. Combine his training with his poisonous nature and you have a real threat on your hands.