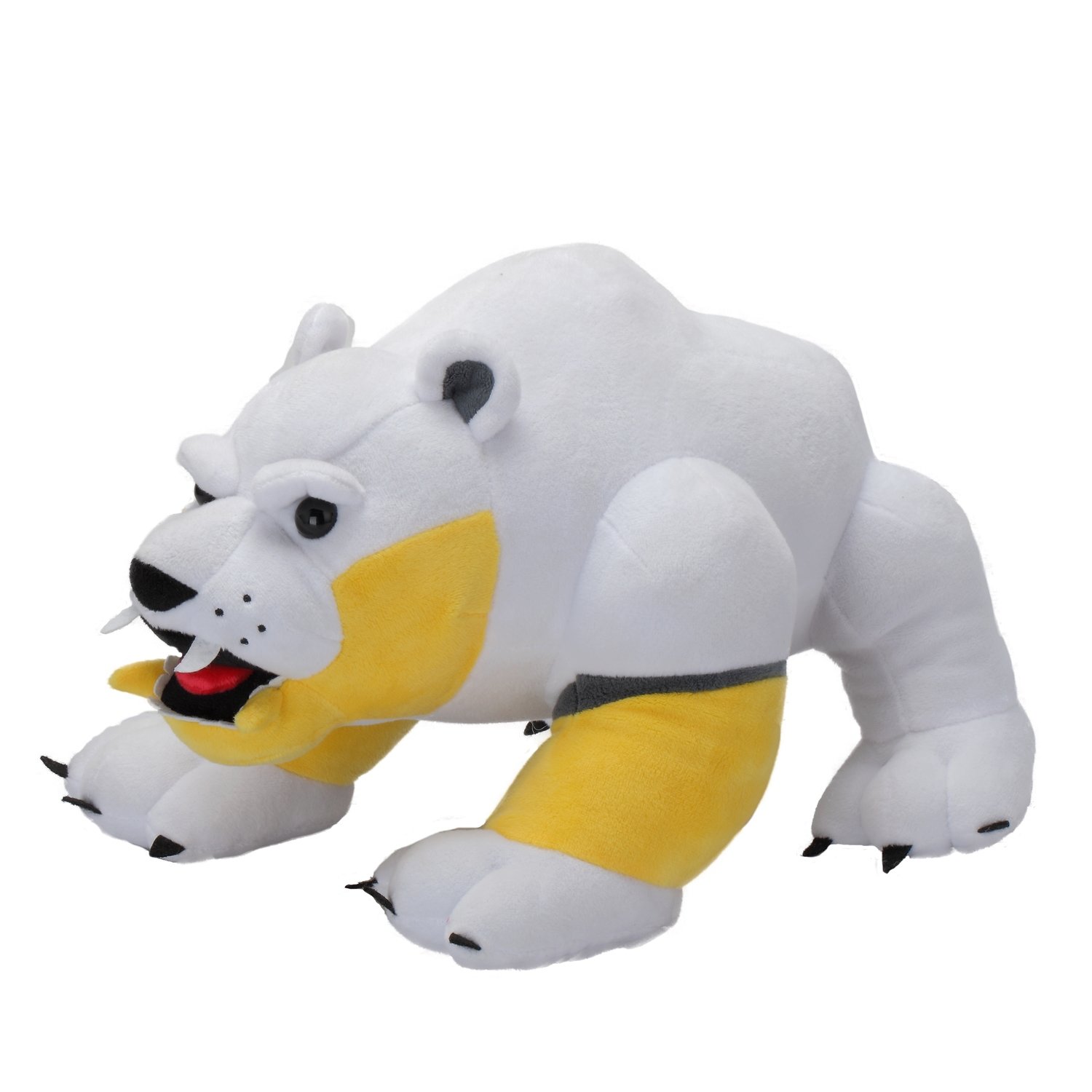 About the Plush:
This version is the exclusive Golden Etalus power up version. This was first released during SDCC 2017. Cute and ready to cuddle. This high quality minky plush captures the distinctive look of Etalus. 15 inches long and includes exclusive DLC.

About the Character:
Etalus is a legendary warrior in his native land, the northern continent known as the Ice Barrens. As the second water-based Rival, he is able to wield the power of ice and freeze his enemies in their tracks. While he is known to be icy cold, you could always warm him up with some friendly bear hugs.

About the Game:
Rivals of Aether is an indie fighting game set in a world where warring civilizations summon the power of Fire, Water, Air, and Earth. Play with up to four players locally or up to two players online. It's available now in early release on Steam or Xbox One. Check out the game.